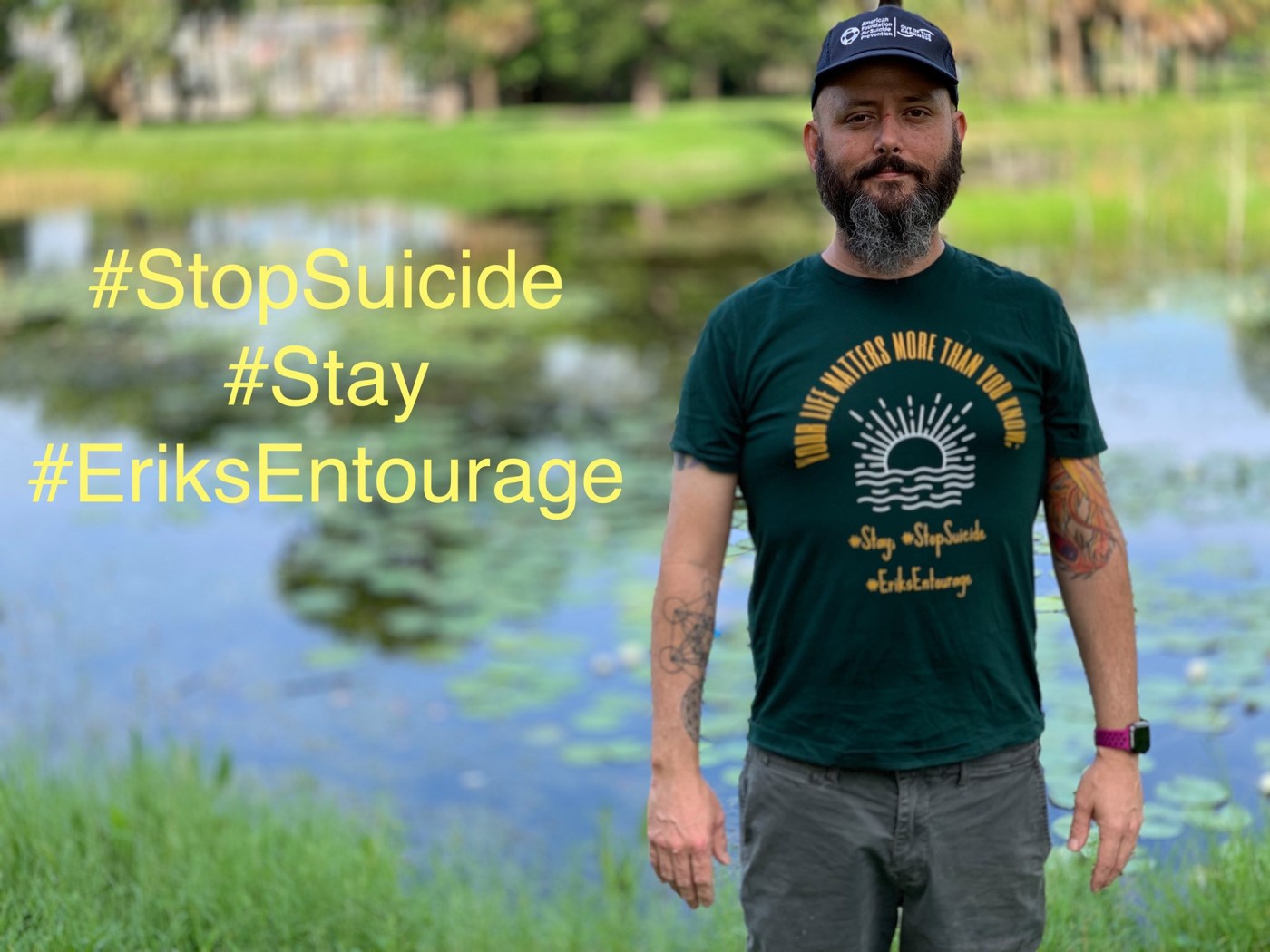 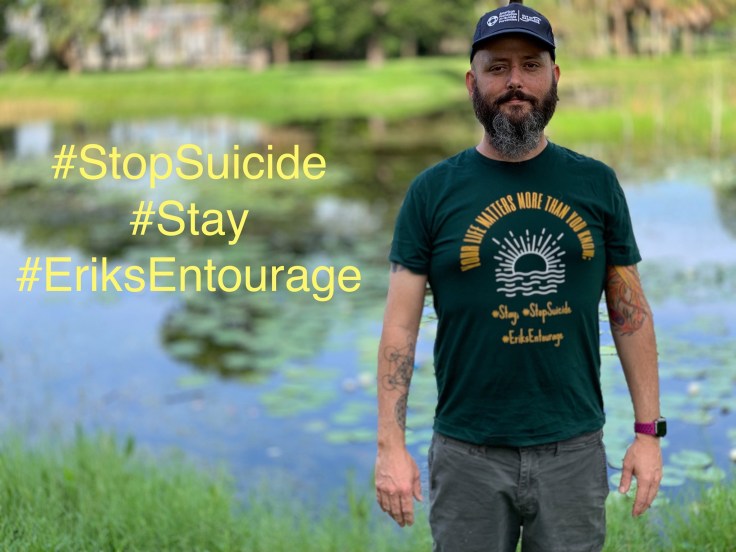 National Suicide Prevention Week (Sun, Sep 8, 2019 – Sat, Sep 14, 2019) is an annual week-long campaign in the United States to inform and engage health professionals and the general public about suicide prevention and warning signs of suicide

On September 28th I am walking as part of Erik’s Entourage during the American Foundation for Suicide Prevention Palm Beach Out of Darkness walk.

Hopefully you will join Erik’s Entourage or make a contribution to the cause.

Why am I supporting this cause?

I am trying to raise a few bucks to honor a young man I have never met.

His name is Erik Cahill. I am connected to him because he is the son of one of my primary paralegals, Angela Lee Cahill.

Erik lost his battle with depression and took his own life. As you would expect, it crushed his family and the people who knew him. There was so much pain and confusion.

I met many incredible people that day, some I still keep in touch with. I learned that Erik was very loved and indeed left a mark on his community.

I also saw the hole he left. The hole in everyone’s heart he had touched that will never be filled.

If someone in your life has committed suicide, or you know someone who had someone in their life commit suicide, then you know the impact it has on family, friends and love ones. It leaves the “hole that can never be filled” and changes that person forever.

After the event I was incredible inspired by Angela and her daughter, Jessica. They participated in a fundraising walk at University of Central Florida in the spring to raise money for the American Foundation for Suicide Prevention, which has a goal to reduce suicide rates by 20% by 2025.

The really sad thing is suicide is usually absolutely preventable if proper treatment is received. But because of the stigma of mental illness there is a huge gap in people getting proper treatment. 18.2% of our adult population currently suffers from some form of mental illness. The largest mental health provider in Palm Beach County is the Sheriff’s office.

This is a fundamentally flawed approach and needs to be fixed.

Angela and Jessica have taken all of this pain and confusion and channeled that energy into something wonderful, an attempt to fix this problem.

So they entered a walk at UCF a few years ago to raise money and awareness for suicide prevention. For the first walk, I made a donation. They were the top fundraising team.

Now they are at it again and they have recruited me to join the team. There is a walk on September 28, 2019 we are participating in: the “Out of the Darkness Palm Beach County Walk” and are attempting to remain the top fundraising team at this walk. It seems if we raise awareness to reducing the stigma of getting treatment and raise some funds to reduce the suicide rate by 20% by 2025, it will have an impact on this problem.

For these reasons, I was inspired by Angela and Jessica to make this gesture.

I would ask you donate at least the cost of a fancy cup of coffee to this cause. More if you are inspired.  Or, join or team and walk with us!

I see change in Jessica and Angela. There is a passion that was not there before. A passion to help, to get involved in things neither of them have been involved with before.

The team that raises the most money gets to carry the banner at the lead of the walk. There is nothing I want more in the world than a picture of those two carrying the banner and following this newly created bliss (passion) that has risen from pain like a phoenix.

Even though I have never met this young man, this experience certainly left a mark on my heart. For these reasons…. I hope you honor one of my heroes, Erik Cahill. 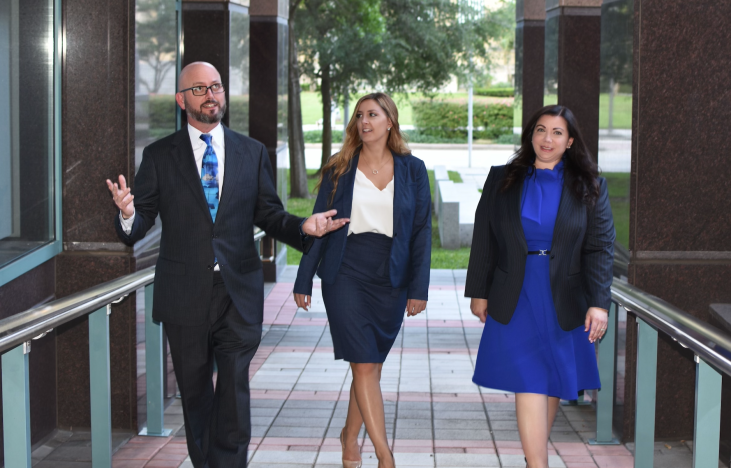